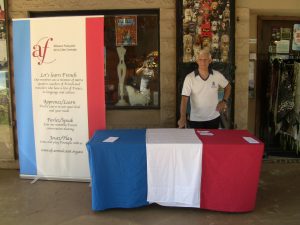 Please join us every second Saturday of the month at Erina Leagues Club from 10:00am to 12pm. First attendance is free, but after the first meeting we ask you to join the Alliance Française de la Côte Centrale. A gold coin collection is taken at each meeting.