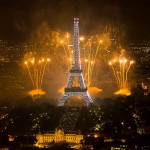 Bastille Day actually falls on Tuesday, July 14; however, we will celebrate the event at our regular meeting on Saturday, July 11. Arrangements for this are being finalized, but we know the chefs at Erina Leagues will be making some French breakfast meals. 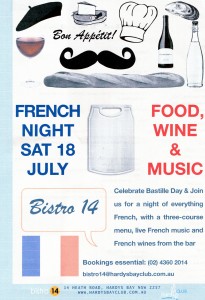 Our well known musical member Les Dupont-Louis will be performing there with accordioniste Narelle. A flyer and details of the Menu are attached. Also a reminder that the 10th annual 5 Lands walk will take place this Saturday – *weather permitting.* We will have a stand and Les will also display his musical talent.

We will be enjoying Christmas carols in French, tea, coffee and a sweet Christmas treat. And we’ll be having a few games of pétanque! 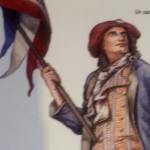 On Saturday, July 12 2014, the Alliance Francaise Cote Central will be holding its regular monthly meeting and celebrating Bastille Day for 2014.

Please note the Bastille Day meeting will not be at the regular Erina Legues Club venue. Instead it will be at the Narara Community Centre in Narara. 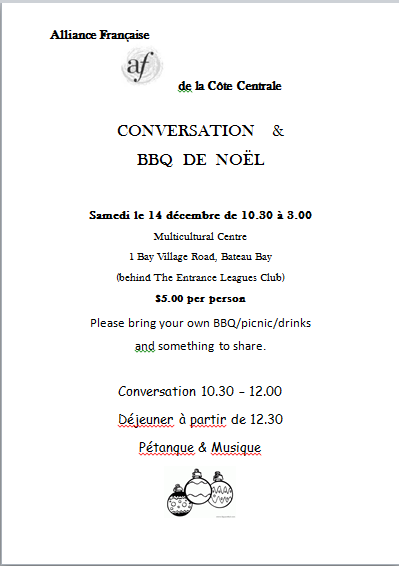 Plan for the day:

Alliance Francaise CC will be holding another French film night this month.

The Intouchables is a 2011 French comedy-drama film directed by  Olivier Nakache and Eric Toledano. It stars Francois Cluzet and Omar Sy.

After he becomes a quadriplegic from a paragliding accident, an aristocrat hires a young man from the poor suburbs to be his caretaker. 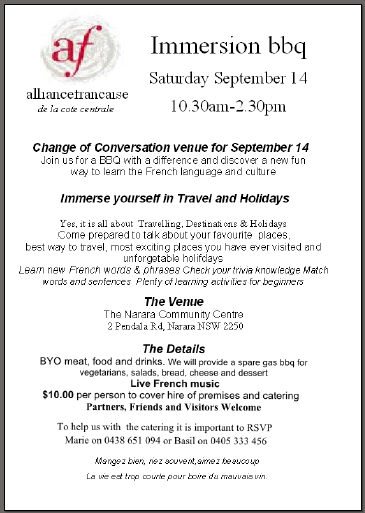 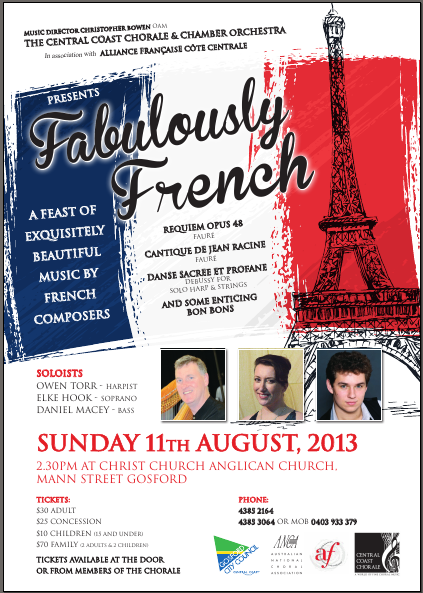 A feast of exquisitely beautiful music by French composers

Tickets are available at the door. 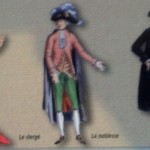 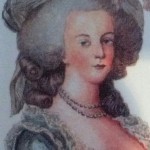 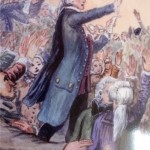 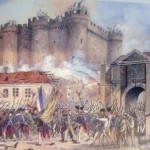 Alliance Francaise CC will be holding another French film night next month. 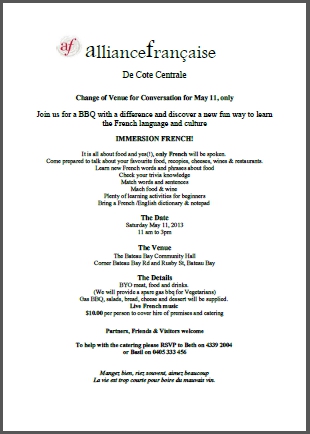 Format
Come prepared to discuss FOOD. EG favourite food, cuisine, restaurants,
recepies, drinks, wine, cheese, bread etc. Favourite breakfast and meals
Beginners will be well catered for. (May be word cards etc,  to discuss
with our French speakers). There may also be a Petanque demonstration.

Cost
BYO meat, food and drinks. $10.00 per person to cover hire of premises
and catering. We will supply salads, bread, cheese, fruit(?) and cake.